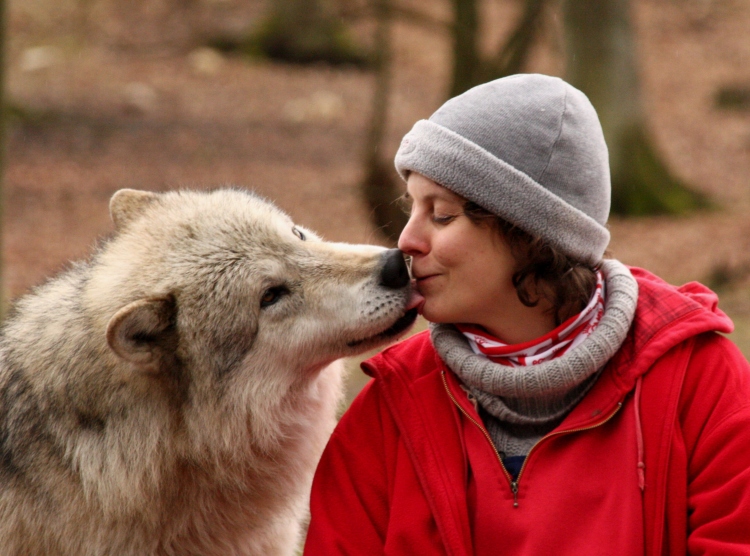 All modern dogs are believed to have descended from the Eurasian grey wolf, one subspecies of which branched off and began interacting with humans between 30,000 and 40,000 years ago. The wolves foraged around human campsites, gradually growing less inhibited. Once their potential as companions and workmates became apparent, they were domesticated and selectively bred.

Somewhere between 10,000 and 15,000 years ago, the wolf had evolved into an animal genetically indistinguishable from the modern dog. Though today’s dog is closer genetically to its ancient ancestor than to the modern wolf, most specific dog breeds have roots that go back only about 200 years.

One site of dog burials in the Siberian Arctic contains more than 100 dog specimens and is the largest archaeological collection of dogs in the whole of the Arctic region. This burial ground contains early evidence of sled dogs, wearing harnesses, along with signs that reindeer were also harnessed.

Even though prehistory humans domesticated dogs for work purposes, they also ate dogs, as they have done at various times throughout history. Even the Celts used dog furs to recline whilst they feasted.
We don’t know the full story of humans, wolves and dogs and sometimes the pieces of the puzzle don’t easily fit. But Robert Losey hopes the archaeological record will ultimately help us better understand what lies at the heart of perhaps our most enduring interspecies relationship.

“The big question in the field now is when and where exactly dogs emerged from wolves, but I don’t think that tells us very much,” he says. “What can we learn about people’s relationship with dogs in the past? The history of our working relationships with animals, and our emotional relationships, is what interests me.”

Call your pet to you, whether it is a cat or a dog and slowly stroke it. For cats, stroke from the top of the head from the ears to the neck. This imitates their mother licking them. Get the cat to totally relax and if it is responsive talk gently to it, staring into its eyes.

If you have a dog, to relax them make circular movements just below their ears. This is an area that calms them. Again, talk to them softly and look into their eyes.

Do this regularly and your emotional connection with your family pets (they are family!) will grow so strong. Love your pets and love will grow in your hearts for them.